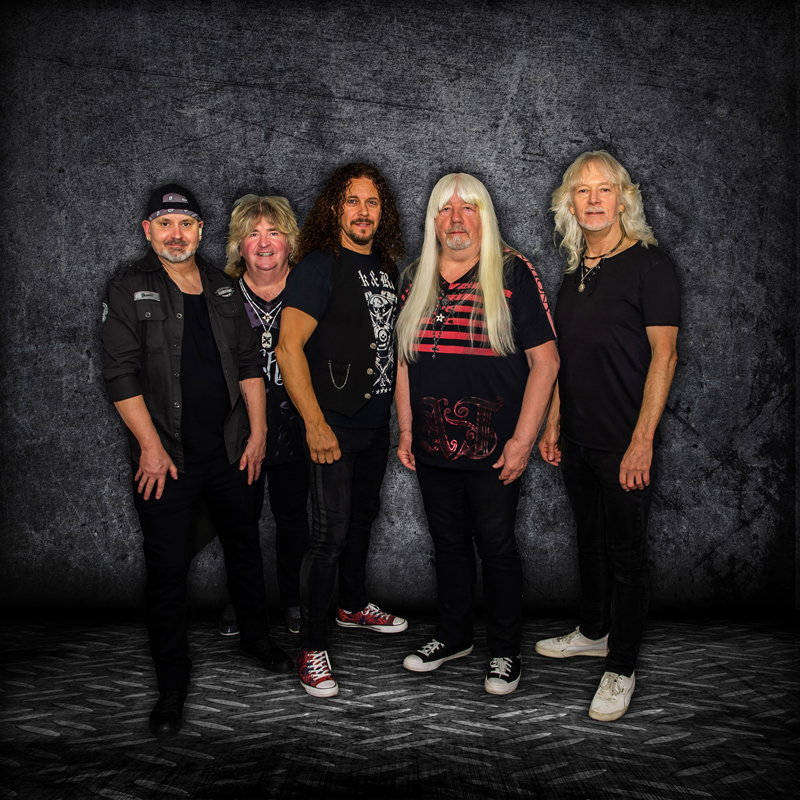 The Sweet continue to tour and perform to sell out audiences around the globe with over 55 million records sold worldwide and 34 number 1 hits worldwide.

Gene Simmons of KISS says, “Without The Sweet there would not have been a KISS.”

“We wanted to be The Sweet” –  Nikki Sixx, Mötley Crüe

“This is the band I wish I had been in.” – Joe Elliot, Def Leppard

By the early 70’s The Sweet were arguably the hottest ticket in town with a string of top ten records in the UK and Europe including Blockbuster, Hellraiser, Ballroom Blitz, Teenage Rampage and The Sixteens.

In 1975 the USA had discovered the band with Fox on the Run hitting the number 3 spot in the Billboard 100. Another self-penned hit Action followed in 1976 firmly establishing Sweet in the US charts.

On the face of it they were primarily a singles band, however, with the landmark albums including Desolation Boulevard (1975) and Give Us a Wink (1976), the band showed a much harder rocking band. The album Level Headed, released in 1978, brought with it another award winning million-selling worldwide hit with Love is Like Oxygen written by Andy Scott.

The Sweet still tour the world extensively with one of the most dynamic and slick live shows on the circuit. 1968 to 2020, 52 years and counting of hellraising, star chasing, trail blazing. The Sweet continue to walk loud and proud in the rock and roll universe.

From an official Billboard and PRS award, performing for Virgin Atlantic in Barbados, a major appearance in the BBC 2 ‘Arena’ documentary ‘Into The Limelight (still available on BBC iPlayer) to actually being recruited to record and tour by members of the original Thin Lizzy, Limehouse Lizzy have completed their 26th year with their most explosive show and critically-acclaimed line-up yet.

In keeping with a schedule that includes international tours (UAE, Germany, USA, Scandinavia etc.), corporate clients (Mitsubishi, NatWest, F1) and even book appearances (The Rocker, Send In The Clones), they have started 2020 with a string of European tour dates, to go on to what will be an exhausting year-long schedule concluding with a UK tour with original glam-rock legends, The Sweet.

The Boys are back!

The Not Quite As Grumpy As Last XMAS Tour

From £29.50Book
The Gig Cartel Presents

From £31Book
We use cookies to ensure that we give you the best experience on our website. If you continue to use this site we will assume that you are happy with it.Ok