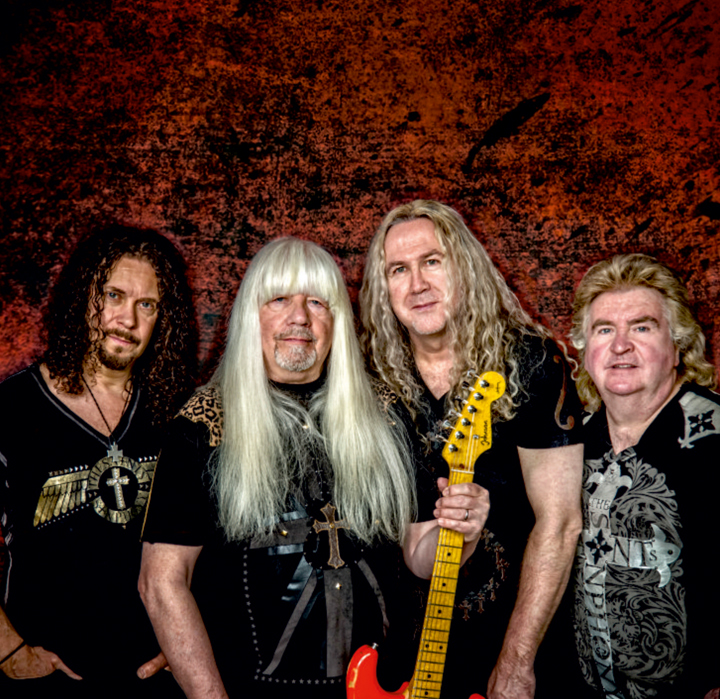 The Gig Cartel presents The Sweet

By the early 70’s The Sweet were arguably the hottest ticket in town with a string of top ten records in the UK and Europe including Blockbuster, Hellraiser, Ballroom Blitz, Teenage Rampage and The Sixteens.

In 1975 the USA had discovered the band with Fox on the Run hitting the number 3 spot in the Billboard 100. Another self-penned hit Action followed in 1976 firmly establishing Sweet in the US charts.

On the face of it they were primarily a singles band however with albums including Desolation Boulevard (1975) and Give Us a Wink (1976), the band showed a much harder rocking band. The album Level Headed, released in 1978, brought with it another award winning million-selling worldwide hit with Love is Like Oxygen written by Andy Scott.

In 1979 original lead singer Brian Connolly left the original line up leaving Andy Scott, Steve Priest & Mick Tucker to continue as a 3 piece. Sadly, both Brian Connolly & Mick Tucker passed away in 1997 and 2002 respectively and with Steve Priest relocating to the USA, Andy Scott was left to fly the flag. After a couple of line-up changes over the years, since 2006 the line-up has been primarily unchanged from what it is today.

The Sweet still tour the world extensively with one of the most dynamic and slick live shows on the circuit.
1968 to 2019, 51 years and counting of hellraising, star chasing, trail blazing.

A Celebration of British Jazz Funk