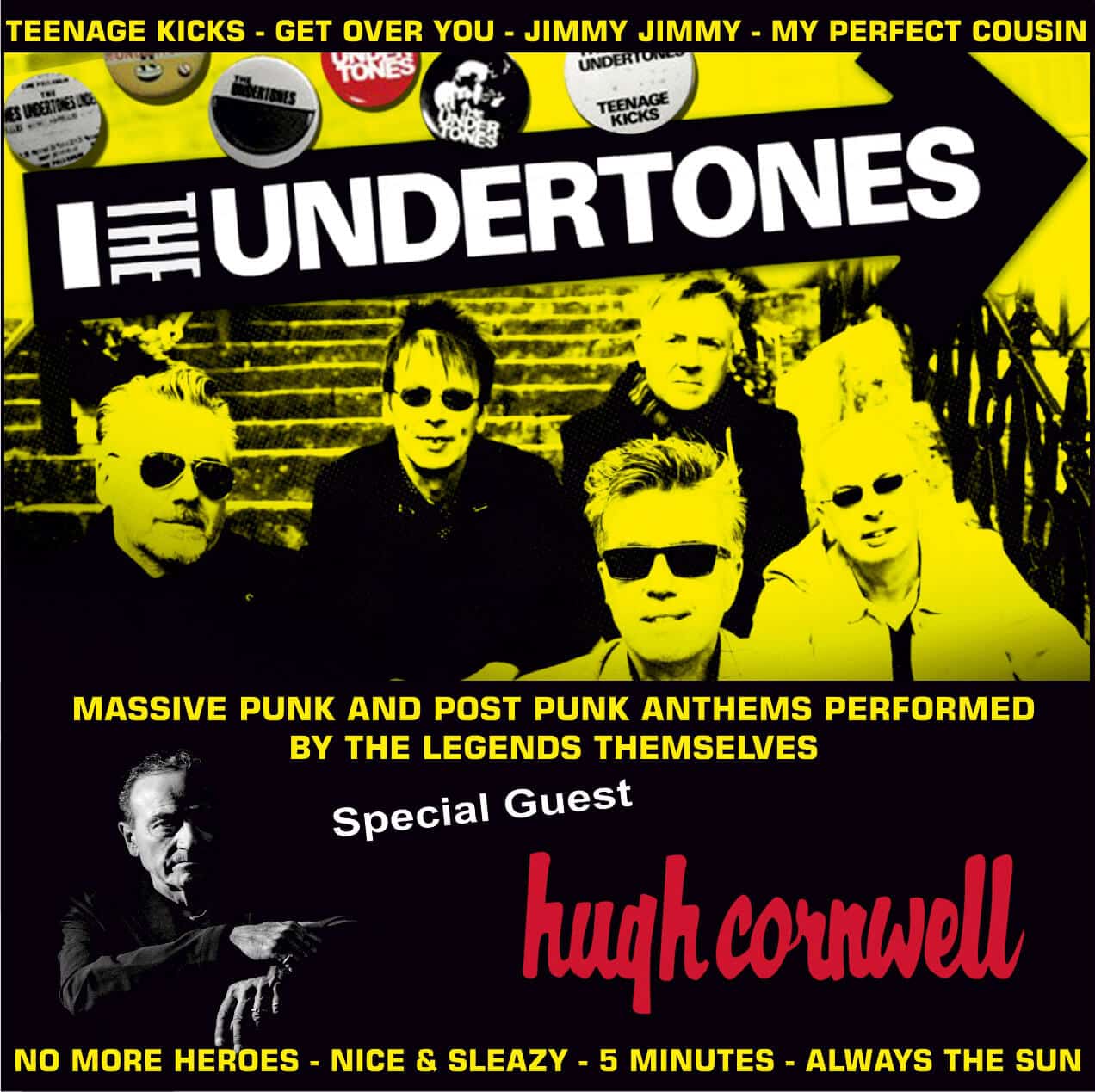 The Undertones return to DLWP to present a glorious set of classic tracks taken from what are considered by many fans and critics to be some of the best punk albums of all time!

This event has been rescheduled from 1 October 2021 to 22 October 2022. The band have released this statement:

“Hi Everyone. We are really saddened and disappointed to have to let you know that due to the many ongoing problems surrounding live events and touring, which are completely out of our control, our October dates in England have been postponed…..We have new dates in place and tickets for the original shows remain valid for the rescheduled shows”

If you cannot attend on the new date, please click here.

All ages. Under 14s must be accompanied and in seats.

The De La Warr Pavilion is not the promoter for this event.

The Undertones emerged from Derry, Northern Ireland in 1974, the result of five friends learning how to play basic rock and roll. Even by the standards of that decade, Derry was not the rock and roll capital of anywhere and with no live bands worth watching, they learned their trade by listening to mail order records, reading one of the few copies of NME that made it to Derry but most of all from listening to John Peel’s show on BBC Radio One.

Practicing in their bedrooms eventually led to the band recording ‘Teenage Kicks’ in 1978 on Terri Hooley’s Good Vibrations label in Belfast. A copy was sent to the legendary DJ John Peel and he liked the track so much he played it twice in a row on his radio show!

Eventually signing to Sire Records, ‘Teenage Kicks’ was re-released, resulting in the band’s first appearance on Top of the Pops. Over the next five years, John O’Neill, his younger brother Damian, Feargal Sharkey, Billy Doherty and Michael Bradley crafted numerous punkpop gems and would go on to release 13 singles and 4 studio LP’s, before disbanding in May 1983.

In 1999 The Undertones reconvened, without Feargal Sharkey, to once again perform their two-minute, three and a half chord songs to a new generation of fans in Derry. Fellow Derryman Paul McLoone replaced Sharkey on vocals and his vocal prowess and electric onstage presence soon convinced any doubters that he was more than capable of doing the job.

After much consideration the band released an LP of new songs called `Get What You Need’, which was critically acclaimed by Q magazine, Uncut, Rolling Stone and Hot Press. Songs like ‘Thrill Me’, ‘I Need Your Love The Way It Used To Be’ and ‘Everything But You’ showed that the art of writing short, sharp songs had not been lost over the previous two decades.

Live, The Undertones present a glorious set of classic tracks taken from what are considered by many fans and critics to be some of the best punk albums of all time, adding to them a whole bucketful of their iconic guitar pop hits & anthems, Get Over You, Jimmy Jimmy, My Perfect Cousin, You’ve Got My Number, Julie Ocean, Wednesday Week, and, of course, Teenage Kicks.

2020 sees the band continue to be an acclaimed live act with tours planned in the UK, USA and Europe, while their recorded legacy is marked with a double vinyl album ‘West Bank Songs.’

From £39.50Book
DLWP & MND in association with Pitch & Smith present