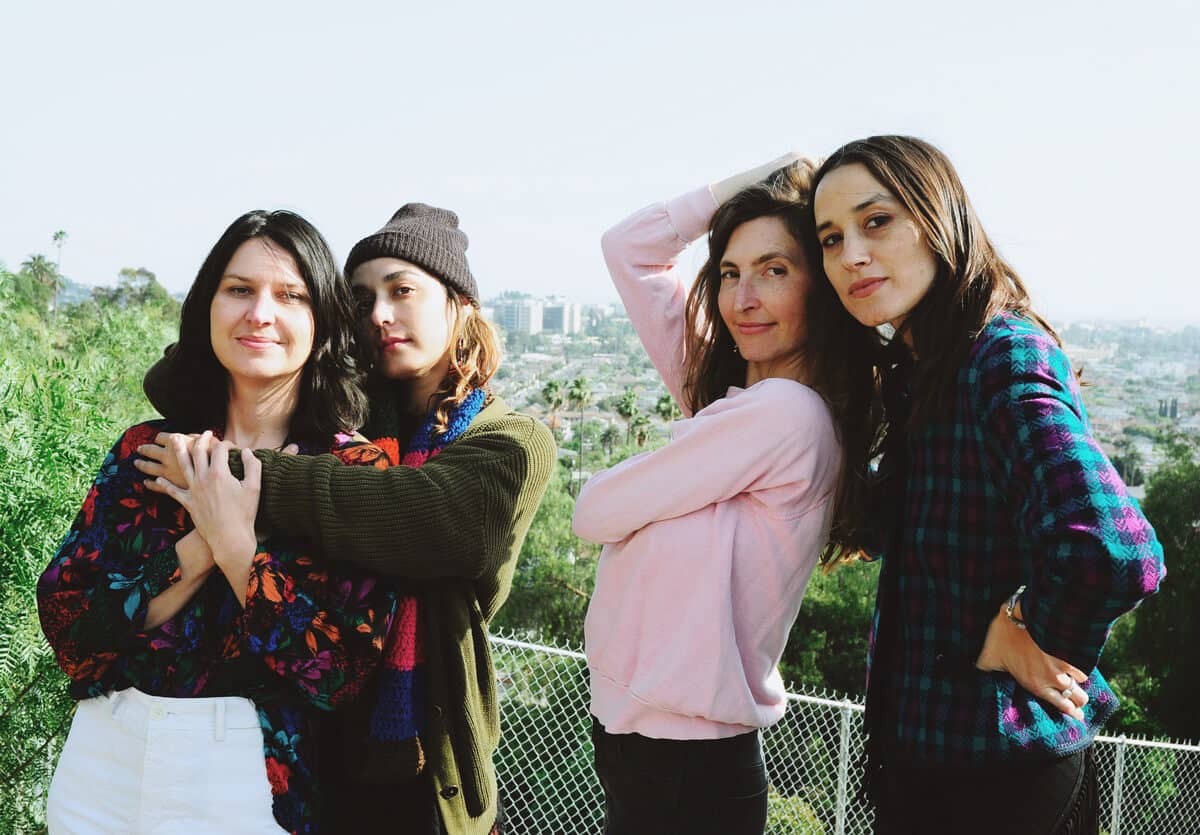 Radiate Like This, the first album in six years from celebrated L.A. quartet Warpaint, is out now

Critically acclaimed LA-quartet Warpaint announce a UK and European tour for Spring/Summer 2022, and tease details of a new album. Kicking off in May with five UK dates, the tour will see the band visit thirteen cities across seven countries, rounding off at Primavera Sound in Barcelona.

“Making this album was a labor of love,” says the band. “It is the joyous culmination of four musical minds over the course of a few wild and heart-opening years. We’re thrilled to finally share it with you.”

The album features previously released singles ‘Hips,’ which Uproxx describes as “infectious” and “eerie”, ‘Champion‘, praised by Stereogum as a “masterful reintroduction” to the band, and ‘Stevie‘,  which arrived alongside a video made in collaboration with Fascinated By Everything (watch the fully immersive video made for Oculus here and the 2D version here).

Additionally, the band recently confirmed the Radiate Like This tour, kicking off next week in Europe with a run of U.S. dates beginning in July. Stops include a hometown show in Los Angeles, Brooklyn, Washington D.C. and more — see full routing below and purchase tickets here. Belief, the side project of Warpaint’s Stella Mozgawa and L.A. producer Boom Bip, will support on the east coast dates, with Goldensuns and JennyLee supporting on west coast dates.

In the six years since 2016’s much-lauded Heads Up, Warpaints four members — Emily Kokal, Jenny Lee Lindberg, Stella Mozgawa and Theresa Wayman — have been busy living. Babies, jobs, tours, solo albums, intercontinental and cross country moves all became priorities, presenting mounting logistical challenges to getting the band back together, as they say, and allowing a little space to think “what if we didn’t?”

Eventually, though, each of the women found themselves drawn inexorably back together. Warpaint is as much a home for them as a band, having been together for nearly 20 years. They had just completed the foundational tracking sessions with co-producer Sam Petts-Davies (Thom Yorke, Frank Ocean, Skullcrusher) when the pandemic hit and they were forced to retreat to respective safety.

What followed was the making of a wholly different Warpaint album. Physically separated by the pandemic, each musician recorded her parts separately—often in makeshift home studios—before sending on to the next, creating songs layer by layer. Deciding to delay the release until they could tour allowed them to further hone each track, spending more time building and rebuilding than they had in the past. The result is a body of work that is sharper and more focused than any of their previous, each song as tight, beguiling and proud as a diamond.

“I was saying the other day that we should’ve called this album “Exquisite Corpse”, but it was already taken,” jokes Kokal, referring to the title of the band’s debut EP. Radiate Like This captures what’s always been the magic of Warpaint—the delicate interplay of four separate parts coalescing in motion—while somehow allowing each individual to shine a little brighter.

The band will make their live return with a run of shows in the U.K. and Europe this spring with global dates to follow. See full tour routing below.

The Festival returns for 2022 with an extensive international programme of more than 150 events taking place across Sussex from 7-29 May. The 2022 Guest Co-Directors are Syrian architect and author, Marwa Al-Sabouni and Brighton-based theatre artist Tristan Sharps from dreamthinkspeak.