DATES TO BE CONFIRMED

THE DATES FOR THIS EXHIBITION ARE STILL TO BE CONFIRMED.

We have to add specific dates to our website so we can  to publish this page – but please note these are are just holding dates. As soon as we have confirmed dates, this page will be updated.

Rock Against Racism (1976-82) was one of the most important British grassroots cultural movements of the 20th century. Uniting music lovers to fight against racism and fascism, Rock Against Racism (RAR) harnessed the power of the imagination – thrilling music, vibrant design and witty, subversive polemic – along with a DIY ethos which expected everyone to do their own thing as well as being part of a huge collective effort. Hundreds of small local bands played RAR clubs and gigs, as well as big names like Aswad, the Au Pairs, Buzzcocks, The Clash, Misty in Roots, The Specials, Gang of Four, Steel Pulse, Tom Robinson Band and X-Ray Spex. The result was a movement which raised the consciousness of a generation.

The De La Warr Pavilion is hosting a major new exhibition to celebrate Rock Against Racism, featuring a new commission by artist Larry Achiampong created in response to the sounds, visuals and ethos of RAR.

Rock Against Racism: Militant Entertainment 1976-82 will capture the excitement of the moment and the thirst for change, setting RAR’s activities within the social and political context of the time. It will showcase the punky RAR aesthetic through posters, photography, badges, stickers, leaflets, letters from young fans across the world, as well as striking graphics from the legendary RAR fanzine, Temporary Hoarding. T.H.’s articles and interviews range from abortion rights to anti-colonial struggle in Zimbabwe: a platform for discussing multiple forms of oppression. The exhibition will include material about associated campaigns including the Anti Nazi League, Rock Against Sexism, Asian Youth and Gay rights movements. It will also highlight the internationalism of Rock Against Racism, with material from groups worldwide. Musicians and activists who were involved in RAR will contribute reminiscences, visitors are invited to record their own memories and draw parallels to collective movements today, and a summer-long programme of intergenerational learning, participation and Live events will accompany the show.

Larry Achiampong will present two newly commissioned works: a sound piece which can be heard within the exhibition, and a flag to fly from the Pavilion’s flagpole. Both works form part of the artist’s on-going, multi-site project Relic Traveller, which addresses issues around migration, displacement and nationhood through sound, film, performance and objects. Combining material that includes lost testimonies, pop-culture and stories of fallen empire, Relic Traveller methodically traces an Afro-centric narrative for the future, built on the dismantling of colonialism.

Larry Achiampong’s solo and collaborative projects employ imagery, aural and visual archives, live performance and sound to explore ideas surrounding class, cross-cultural and post-digital identity. These investigations examine constructions of ‘the self’ by splicing the audible and visual materials of personal and interpersonal archives, offering multiple perspectives that reveal entrenched sociopolitical contradictions in contemporary society. Achiampong’s works permeate gallery walls, whether via digital transmissions, the sharing of research in the form of sound works, through to world building with physical elements embedded in cities, woodlands or open source technologies.

Larry Achiampong is a 2018 Jarman Award nominated artist and a 2019 Paul Hamlyn Award recipient (for Visual Arts) and has worked with major institutions both in the UK and internationally on commissions, residencies and exhibitions with spaces including the Tate Galleries, the Venice and Singapore Biennales, Somerset House and Transport for London. Relic Traveller (2017–) is his most ambitious to date – a multi-disciplinary multi-site work that builds on themes of lost testimony, fallen empire and displacement. The project is currently formed of two phases comprised of original scores, four short films, installations, audio-visual performance an flag project which have seen the flags hoisted atop Somerset House, the Frieze Sculpture Park, Whitechapel Gallery and Kunsthal Charlottenborg as well as the 2019 Singapore Biennale. 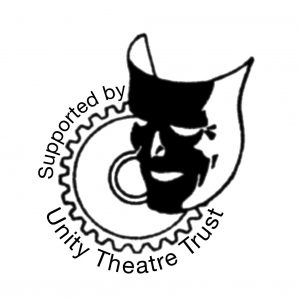 DATES TO BE CONFIRMED

Zadie Xa: Child of Magohalmi and the Echoes of Creation