Explosions In The Sky – Live Review 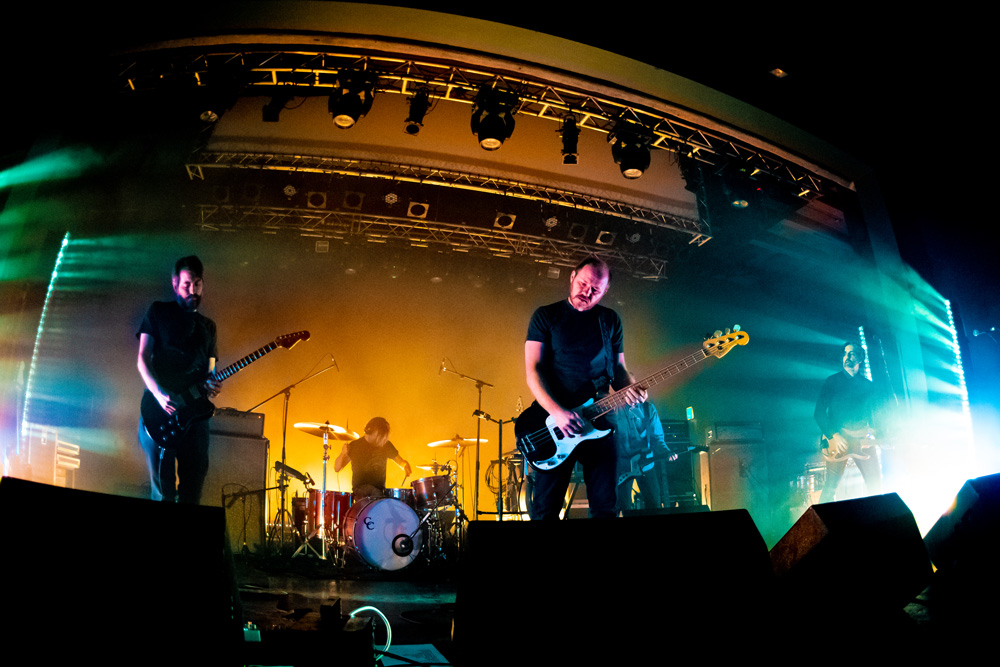 Behind a curtain of bright lights stand Explosions in the Sky as the crowed cheer in anticipation for the first note to touch the auditorium of the De La Warr Pavilion. The Texas-based group have travelled to Bexhill for their 20th anniversary tour in which they want to showcase their life’s work to the hundreds of eager listeners here in the hub of music and arts of East Sussex. For the most part of their career they have made their music as a quartet of three guitars and a drummer but as of late have brought along another guitarist who seals their rich southern tones with his bass guitar and they now tour as a five-strong group.

Performing as their name entails, Explosions in the Sky brought their energy of their home with their beautiful story-telling sound; Mark Smith’s guitar leads the melody with Manuf Rayani and Michael James whilst Chris Hrasky on drums carries it into a passionate and rhythmic wave. Multi-instrumentalist Rayani slaps his strings to pull out an engaging and unique sound from his amp at the beginning of The Only Moment We Are Alone, as the crowd were hooked by the winding warmth of the melody, Rayani gathers a snare drum from the side of the stage as the build-up ceases and fills the auditorium as the chorus erupts with an atmosphere that would make the crowd forget the cold weather.

Explosions In The Sky’s undeniable characteristic is the band’s connection, they play and move as one wave of drama and vehemence of instrumentation – with no lyrics to mark as a cue they seamlessly change rhythmic patterns, they burst into chorus without having to give each other a musical-nod like other bands would, they seem to interlink with each other through the motions of their music.

See all the pictures from the show on our Facebook Album.