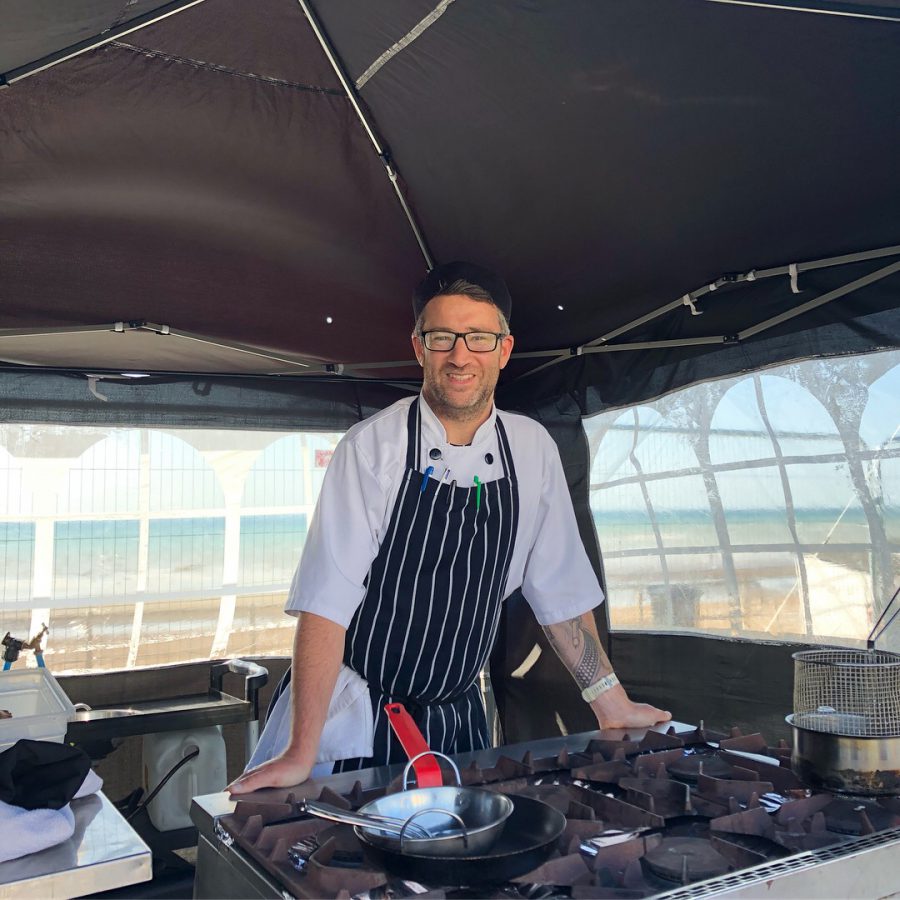 Welsh Rarebit was originally called ‘Welsh Rabbit’ in the 18th century. It is possible that it originated in the South Wales Valleys but you can enjoy our version right here overlooking the Sussex coastline.

I put Welsh Rarebit on the menu towards the end of my first spell at De La Warr Pavilion as sous chef around five years ago. It has remained a firm favourite and the accompaniments and garnishes change with the seasons. If my memory serves me right, we originally served it with watercress salad and heritage tomatoes. On our current menu, the team and myself are serving it with streaky bacon, truffled leeks and a fried egg. The addition of egg essentially making it a Buck Rarebit.

Take the indulgence of the extra mature cheddar, the warm spike of the red chillis, the maltiness of the Harveys Ale and the kick of the English mustard and you have much more than ‘glorified cheese on toast’ ! 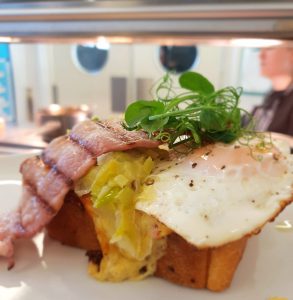 -Yesterday’s loaf of bread. One or two thick slices per person.
200g mature Cheddar (grated)
½ tbsp butter
½ white onion (finely diced)
½ red chilli (finely diced; with seeds removed if you don’t want it too hot)
100ml craft beer or ale (we use Harveys Best Bitter from down the road in Lewes)
1tsp English mustard
1 egg yolk
Optional: splash of Lea and Perrins (we choose not to use this in order to keep it suitable for vegetarians)

-Sweat off the onions and red chillis on a medium heat for a few minutes to soften with no colour.
-Pour in the ale and reduce down so that it is coating the onions and chilli’s (about 5 minutes).
-Add the grated cheese and mix to a melted, cheesy goo!
-Take off the heat and add the mustard and the Lea and Perrins (if using). Season generously.
-When it has cooled down a little, add the egg yolk.
-Toast the bread lightly both sides and spread the mixture generously over one side.
-Pop under a medium to hot grill until it bubbles and turns brown!
-Perfect on its own, with a green salad, topped with bacon or a fried egg!