The Young Creatives are a group of people aged 14 – 21 years interested in the arts, culture and creativity.

The Young Creatives are a group of people aged 14 – 21 years interested in the arts, culture and creativity.

The Young Creatives is open to any young person interested in working as a team and developing their skills. You will have the opportunity to have an active role in shaping the creative activity and projects at the De La Warr Pavilion and in the community.

“I came to the De La Warr Pavilion for my work experience and was interested in continuing an involvement through the arts. Becoming a Young Creative has been interesting and has introduced me to new ideas”

“I found out about the Young Creatives through the Heart of Sidley Media Club after creating some trailers for the De La Warr’s summer outdoor screenings. My hobbies include animation and playing guitar”

If you are interested in joining the Young Creatives, please email Sally Ann Lycett on sally.ann.lycett@dlwp.com

The Young Creatives worked with artist Sam Ayre to generate conversation, ideas and creative outputs informed by a concoction of everyday activities, historical actions and artists work and ideas.

The main task was to gather stories for New Rituals – a project where they invite family and friends to reminisce about encountering new technologies, foods, architecture, metaphors, clothing, medical practices, etc for the first time. What was it, when did they first become aware of it, how did they feel then and how do they feel about it now?

Sam introduced the group  to artists David Blandy and  Holly Hendry and journalist Eddy Frankel so they could hone their interview skills and share their work.

The Young Creatives used their interviewing skills to create this podcast, which talks about change, adapting to change and, what once was new eventually becomes the “new normal”. Listen here

Some of the work from the New Rituals Project : 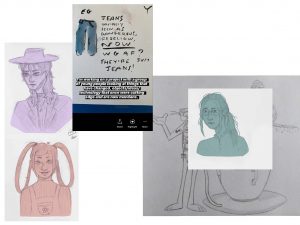 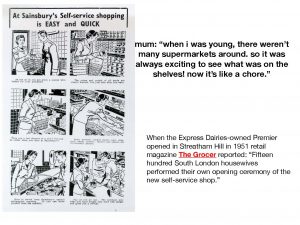 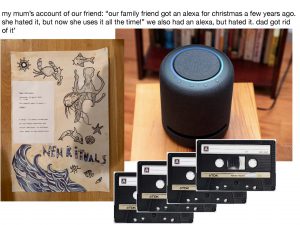 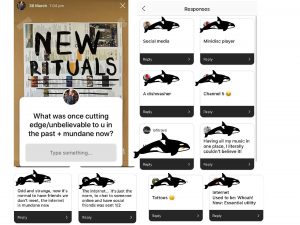 Some of the work shared with David Blandy : 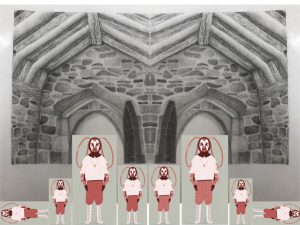 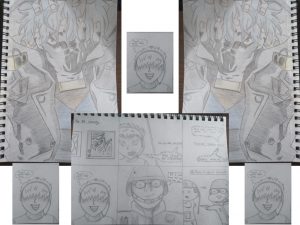 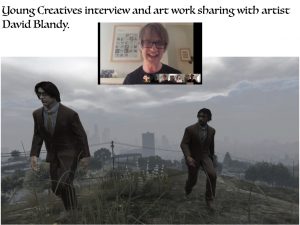