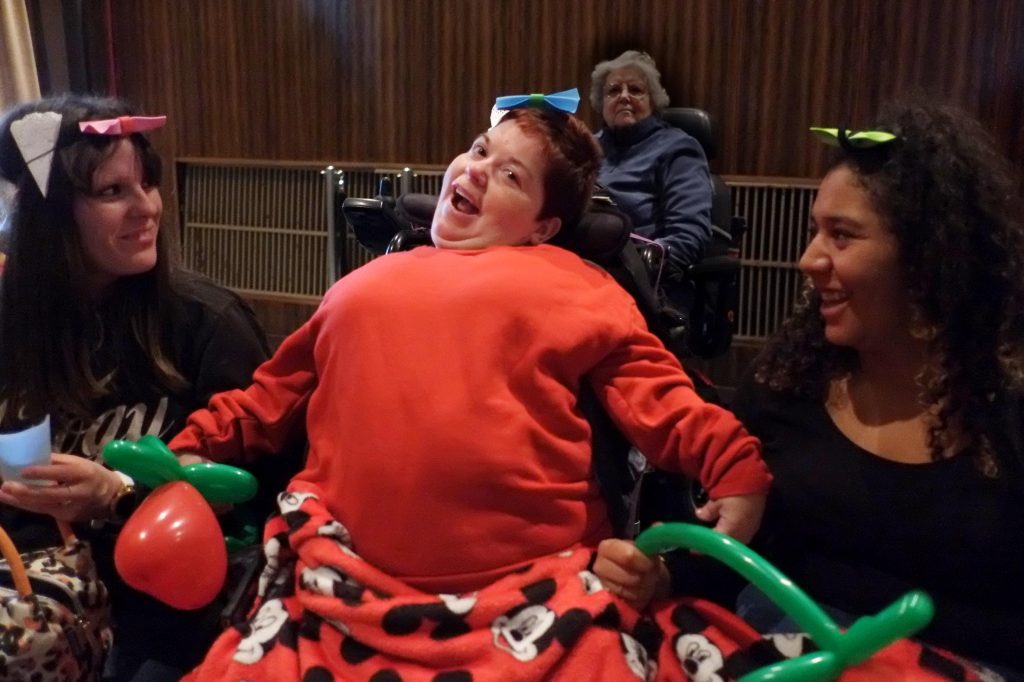 The week before Valentine’s Day, 100 or so of us gathered together to watch the romantic musical comedy “High Society”. This was a Musical Matinee Club screening, which means each audience member received a goody bag filled with fun things to do during the film and was actively encouraged to sing-a-long and dance in the aisles!

It was a glamorous affair – we each wore a brilliant bow tie, and a frill in our hair.
We waved paper doilies and balloon flowers throughout the film and popped party poppers just as Frank Sinatra kissed Grace Kelly on screen! We joined in with Louis Armstrong’s performances forming an orchestra of jazz musicians (using our paper cup trumpets), and when Frank Sinatra asked “Who Wants To Be A Millionaire”, we held up signs reading “I DON’T!”.

We sang out loud, we danced throughout. The audience enjoyed the dance break mid-film so much, that they demanded we play another song so they could keep dancing!

We have an amazing team of volunteers who help make props and load the goody bags ahead of the film, and they make the whole thing run wonderfully smoothly. A massive round of applause to them!

We have one more screening to look forward to in this season.
Brigadoon on Thursday 12th March 2pm – hope to see you there!

Musical Matinee Club relaxed screenings are specifically designed for people who may benefit from a more informal environment, specifically those living with dementia and/or disabilities.