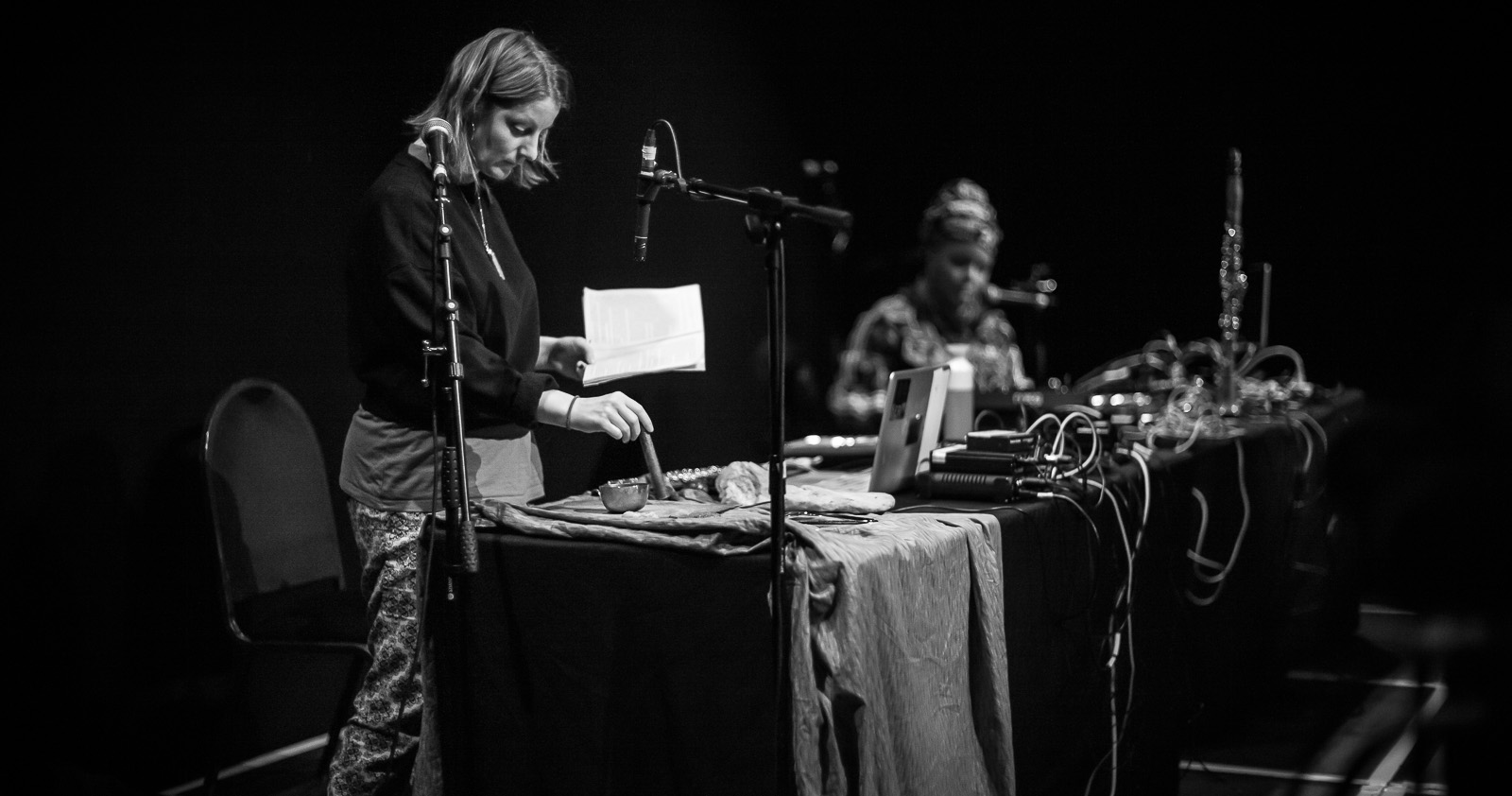 As someone involved in making experimental music and occasionally promoting live events in Hastings I know only too well the potential thrills and challenges that may be experienced when reaching out to a curious and open-minded audience in this corner of East Sussex. The Outlands network, linking the DLWP with other national promoters or venues such as the brilliant Supersonic Festival in Birmingham is in my view a significant and really positive step forward for music in this area. I was intrigued to attend the first show in this year’s series of events.

In my experience, a common misconception about music considered experimental is that is it just, well, ‘NOISE’. Venues can struggle to, or shy away from, presenting such music in all its glory, reducing volume or poorly mixing live sound. It was reassuring that Outlands and the DLWP succeeded in delivering clarity and volume, unleashing the full power and dynamics of the live music. The auditorium had been reconfigured into a more intimate space and the quadrophonic sound system was given a thorough workout by both acts.

First act, Goitt wove a hallucinatory web of menacing Lynchian saxophone, soundbites and scrapings. The fact that the audience was sat as if in a cabaret club only added to the surreal nature of the experience. Unleashing brutal low end frequencies, they seriously testing the audience’s openness to experimental music. I was informed at the end of the evening, by an expert in such matters, that Goitt had been ‘gentle’ with the audience this time. It was a thrilling, intense and at times unsettling performance.

Matana Roberts and Kelly Jayne Jones started their performance using voice alone. Alternate or clashing words gradually disorientated and set the dreamlike tone to their set. We journeyed through a sound world that included birdsong, scraping rocks processed as sub bass kicks, cosmic jazz keyboard stabs, tuning fork feedback, beautiful flute from Kelly Jayne Jones and tantalisingly brief passages of sax from Matana Roberts. I noticed the Outlands logo on the screen behind the artists and wondered if the addition of moving images would have added even more power to the music. However, my sense was this was not about spectacle so much as head music, a soundtrack for the mind. I noticed my fellow traveller sat next to me, eyes

closed, leaning back in his chair, soaking up the sound. An auspicious start to the Outlands series. I’m really looking forward to the next event in June.

James Weaver is a founder member of Warrior Squares, a Hastings based collective who make music in free improvisation form. No two live performances are the same.  James organises and promotes experimental and electronic music events in Hastings and co-curates and promotes events such as Thee Sunday Sonics which is part of the Hastings Fat Tuesday weekend. In May 2018 he curated Touched Live which included live sets by electronic artists on Warp Records.