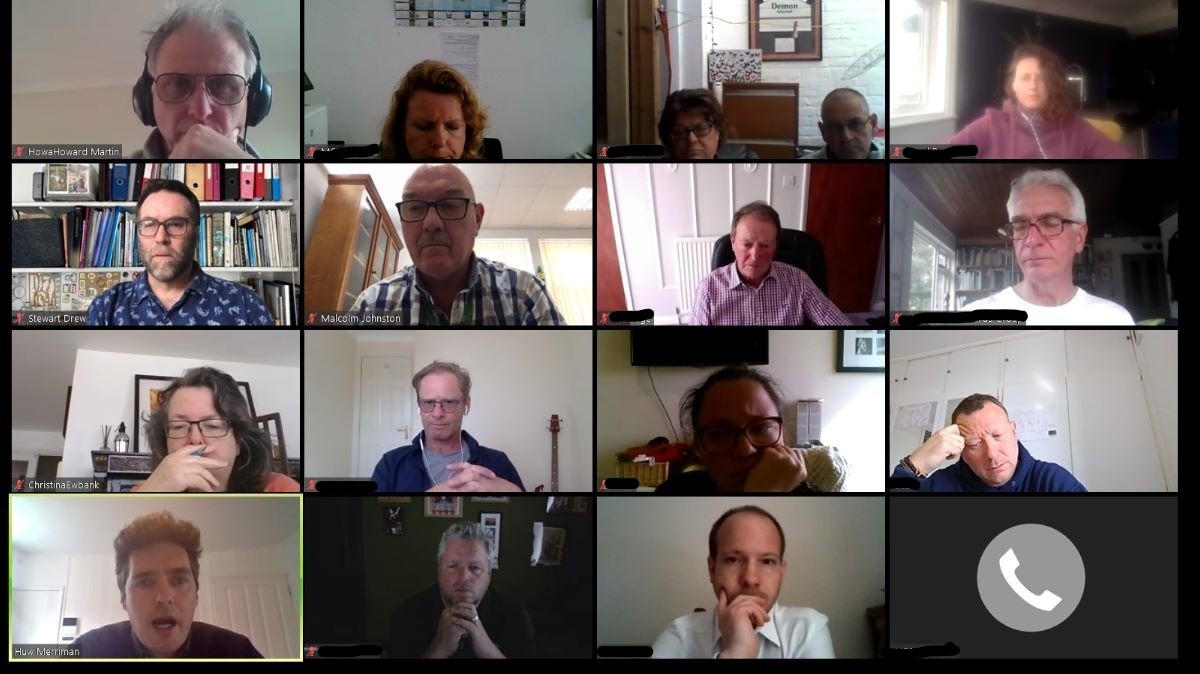 On April 16th 2020 Bexhill Chamber of Commerce and Tourism held their first Coronavirus Conference in support of local businesses during the current lockdown.

By using the Zoom video conferencing system the Chamber were able to bring together a panel of guests from their locked down locations that included Huw Merriman MP; Stewart Drew, Director and CEO  of the De La Warr Pavilion; Christina Ewbank chair of the Alliance of Chambers of East Sussex (ACES) which represents 4,000 businesses across the region; Malcolm Johnston co-chief executive of Rother District Council and Howard Martin as President of Bexhill Chamber of Commerce and Tourism. Stewart Drew chaired the conference.

Howard Martin, President of Bexhill Chamber of Commerce said; “This is the first time our Chamber have tried anything like this so this was really a test event to establish an effective format for future conferences and meetings.  We took advice from those who have chaired many of these online events about tech support and best format and decided that the best way was to initially limit the number of attendees. We accept that in this first instance some people felt left out but like all our live events we will do our best to include as many people as possible in future”

A group of fourteen attendees from a wide spectrum of businesses in the area were able to talk to, and raise issues with, the panel for about an hour. This was as a follow up to research that has been undertaken by the Chamber of Commerce talking to many businesses, self employed people, charities and other stakeholders.

The key issues that were discussed included:

Rother District Council were thanked for their fast and effective response to the need to get the business rates scheme up and running and to get money out to businesses as quickly as possible.

Huw Merriman MP assured the conference that he would lobby his colleagues in Government in support of the issues we raised and within 24hrs thanked Bexhill Chamber for their input into getting the furloughing scheme extended by a month.

Christina Ewbank of ACES thanked Bexhill Chamber for their support and for taking the lead on such initiatives as this conference. “It’s important that businesses come together to work with everyone to help save and rebuild our economy after this appalling crisis.”

Bexhill Chamber of Commerce hope to run more of this type of meeting and conference to help support local businesses to continue to bring prosperity to our community. Howard Martin says; “There is a lot of hard work going on during this crisis by many groups and organisations enduring very difficult circumstances. However there is also the prospect that in the medium term towns like Bexhill have an opportunity build, prosper and benefit from the “New Normal” – we can look to our heritage and rediscover the excitement and innovation that made us the birthplace of British motor racing, the home of the inventor of television – John (Logie) Baird and the builders of the iconic De La Warr Pavilion. As we expect and prepare for people to travel less and work from home more we can rediscover the sense of leadership and vision that will allow new and innovative businesses to flourish.”

If you own or have an executive position in a business, company however large or small or are a sole trader you are very welcome to join Bexhill Chamber of Commerce and Tourism whatever business sector you are in or where-ever your business is based. For more information please contact our president Howard Martin at  bexhillchamber@mail.co.uk

Bexhill Chamber of Commerce was founded in 1925 as an association of members governed by a constitution and managed by an executive board of officers elected at our AGM usually held in September with other board members appointed as appropriate. We currently have an executive board of nine members and a membership roll of about 70 members and associated organisations. In 2005 our name was changed with “and Tourism” formally added to our constitution. In 2019 at our AGM we voted to become formally affiliated to Eastbourne Chamber of Commerce, a process that is still ongoing.  In normal circumstances we hold regular networking meetings and seminars as well as lobbying locally and nationally to create a strong business environment for Bexhill. We also offer support, guidance and advice to our members and any local business through our network of members including access to the over 600 members of Eastbourne Chamber. In accordance with guidelines suggested by the British Chambers of Commerce we are politically neutral and take no party position. However we may challenge a policy defined by a political party or group where we feel it is either not beneficial or indeed possibly detrimental to our members or the core aims and objectives of our constitution.