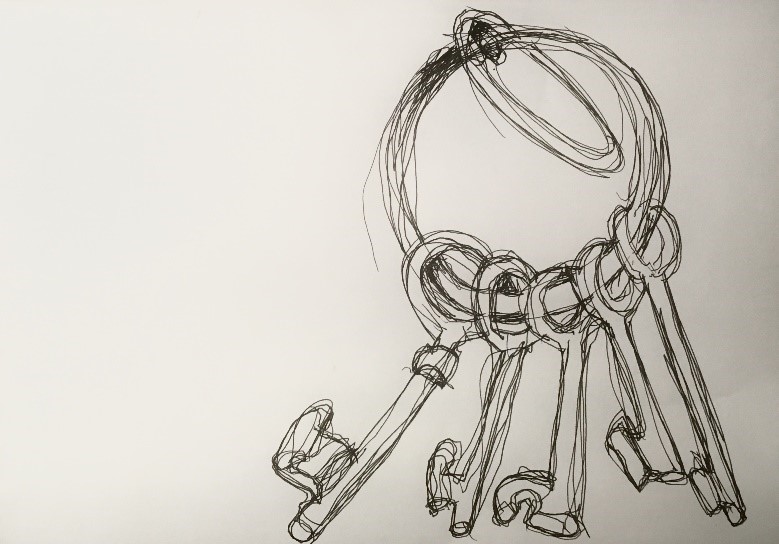 I was delighted to be invited to run a pilot workshop for The Mother Lode Project at the De La Warr Pavilion on Sunday 21st October to complement their exhibition, “A Tale of Mother’s Bones: Grace Pailthorpe, Reuben Mednikoff and the birth of Psychorealism.” As the exhibition coincided with the planning of The Mother Lode Project, it fitted in perfectly.

A group of six mothers, whose children ranged in age from 3 to 45, shared their experiences of motherhood in a safe, confidential space. They were led through a series of writing and drawing exercises using the exhibition as a starting point and exploring their own experiences of motherhood. One mother wrote, “Being a mother means joy, happiness, excitement. Experiencing life through another’s eyes. The joy of firsts (shared) again and again. Worry. Fear. Guilt. Trying to do the right thing, the best thing, the good enough thing. Mental health struggles. Shouting too much. Sorry. I’m so sorry. I’m human too. The dread of what will happen when I die and who will look after my dependent child. Guilt because it will have to be my other children. Putting yourself last. Finding myself again. It’s worth it.”

Another wrote, “Being a mother means sacrifice. I didn’t think this would be true because of the stereotype of the self-sacrificing housewife and mother. I always fought against this image of motherhood because my own mother gave up a very successful career to look after us, which was very kind of her but she always seemed frustrated and pent up and not really happy, although she played at being happy all the time. I thought it would be different for me.”

Before beginning one of the drawing exercises, I invited the mothers to think of something that made them incredibly angry and to channel that anger onto the page. They then scrumpled it up and threw it across the room. Rage is not something that mothers are encouraged to show, and rage in women is frequently looked down upon in society, so this exercise provided an outlet for pent-up feelings that might not otherwise be expressed. The drawings were later burned, mirroring Grace Pailthorpe’s method of asking her students to draw in this manner before burning them and starting on another drawing once their negative feelings had been purged. 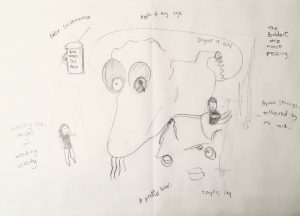 The mothers were then asked to choose an object from a basket of domestic objects reminiscent of motherhood, including a spinning top, a pine-cone, a toy truck and a doll. In the same way that Pailthorpe and Mednikoff would allow images and symbols to grow into a wider image, they were asked to draw the object with their non-dominant hand, then allow shapes and colours to emerge to create something else. 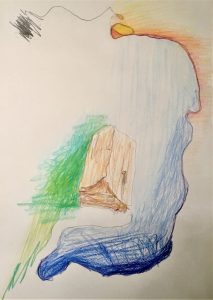 One mother said, “I don’t often get to talk about the most important thing I ever did in my life so it was good to do that.” Another said, “Wonderful permission to connect with our own feelings. I felt safe to express myself. An eye-opener and starting point to continue thinking on the subject and an inspiration for future work.”